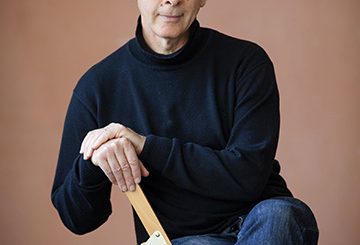 Kevin Crawford is a founding member of the Roy Hart Theatre company, whose ground-breaking influence on contemporary voicework for theatre is internationally recognized. He toured extensively with the company for over twenty years, during which time the company received several prestigious prizes including an OBIE award in New York and the Prix Jean Vilar at The Printemps des Comédiens.

Kevin was a director of the troupe for a four-year period before moving to Ireland in 1993, where he was a full-time member of faculty at the School of Drama, Trinity College. On his return to France Kevin was appointed Visiting Lecturer at the Université d’Artois, before joining Accademia dell’Arte in Arezzo, Italy as a founding member of faculty. From 2009 till 2018 he directed the MFA in Physical Theatre at the Accademia.

Directorial credits include “Wolf’s Bride “ for Kuopio City Theatre, as well as “The Bacchae” and “Oedipus” for the Samuel Beckett Centre and “Bartholomew Fair” for the Baker Theatre, Muhlenberg College. He wrote and recently performed “Montee” in collaboration with Caroline Boersma, Cellist. Current research focusses on the use of voice in Physical Theatre and embodying text in contemporary writing.

He is co-author with Bernadette Sweeney of a book on Roy Hart for the Routledge Performance Practitioners book series (publishing date 2020), and has written for Vasta Voice and Speech Journal. 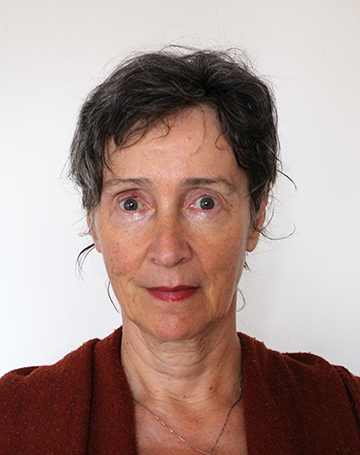 Caroline Boersma was born in Amsterdam and studied cello at the Amsterdam Conservatory, and has lived and worked in Italy since 1981. She has played in various chamber ensembles and orchestras and has an extensive discography, in particular with Tripla Concordia, an ensemble dedicated to baroque music that she co-founded in 1989. She has toured with these ensembles in both Europe and Japan. As a musician and performer she has collaborated with Giovanni Pampiglioni, Pietro Bartolini, Lilo Bauer and recently Kevin Crawford. She has acted as musical director, arranger and performer for Bartholomew Fair (Muhlenberg College) and Montee (performances in the US, France and Italy) directed by Kevin Crawford.

Caroline teaches regularly for Furman University Study Abroad program(Arezzo),BECI,(California) and Il lavoratorio, (Florence). Her personal research has led her to investigate the intimate connection between the Cello as a stringed instrument and the human voice. Currently she is collaborating as cellist and singer in The Magic Flute at the Roy Hart Centre (France).