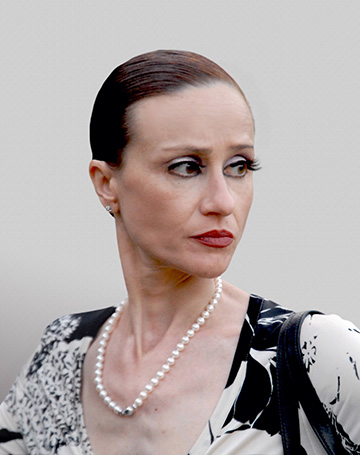 Carolina Basagni was born in Arezzo in 1964 and began to study ballet at 8 years old. At a young age, Evgheni Polyakov, artistic director of Teatro Comunale di Firenze, was impressed by her talent and invited her to join the company. In that period she started to distinguish itself whitin the group and she danced in several solo roles such as “Giselle” alongside Carla Fracci, Rudolf Nureyev and in the “La Silfide” whit Peter Schaufuss. At 17 she was awarded a scholarship to study at the School of American Ballet (SAB) in New York.

In 1984 she joined London Festival Ballet (now English National Ballet) and she interpreted many roles as soloist. In 1987 was invited to return to Italy as a principal dancer whit Aterballetto. During this time she danced in numerous classic, neoclassic and contemporary choreographies by Balanchine, Tetley, Alvin Ailey, Bigonzetti, Amodio.

She currently works as a teacher and Artistic Director of her own school beside her husband Fabrizio Betti who was a dancer also in many international companies. 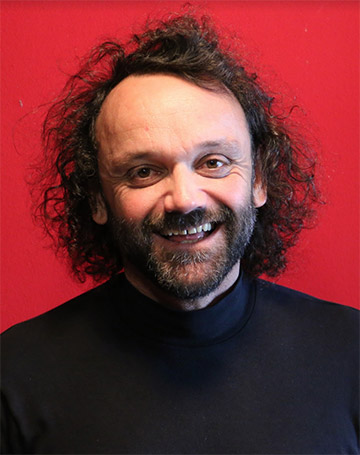 André Casaca is one of the most popular professionals of physical theatre and clown in Italy. He’s Brazilian and a resident of Italy since 1995. The Lume Teatro (Lume Theatre – Campinas, Brazil) and Yves Lebreton were fundamental to his preparation and formation. Actor, theatrical researcher, clown, director, and founder of the method called “Body Comic Identity”.

Engaged in theatre for more than 25 years, his artistic and pedagogic method is recognized in Italy and abroad in university theatrical studies. He is the artistic and pedagogic director at the Teatro C’art Comic Education Onlus (Castelfiorentino, Italy) and he collaborates with many theatre schools. www.teatrocart.com 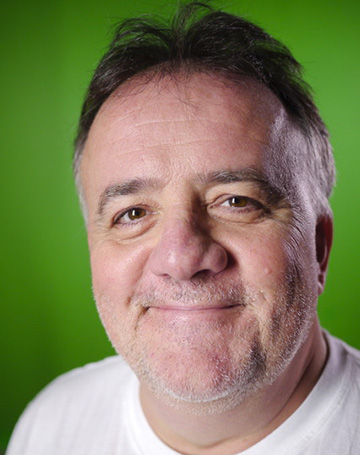 Actor, director, scholar, and theatre educator, Giangiacomo Colli received his formal acting and directing training with two of the major figures of post-World War II Italian theatre, Vittorio Gassman and Orazio Costa. An accomplished practitioner of Commedia dell’Arte, he was introduced to this popular form of theatre by his father, a renowned theatre and television director, and then perfected his skills under Carlo Boso. His theatre formation also includes workshops with Joseph Chaikin, Shiro Nomura, Jerzy Grotowski, and Chuck Mike, among others. 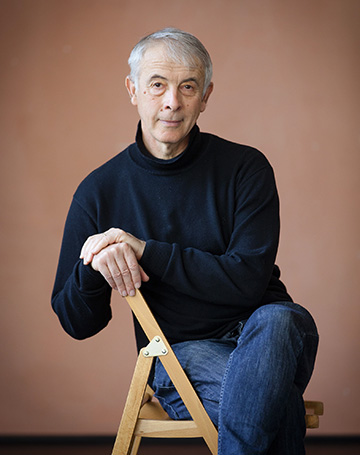 Kevin Crawford is a founding member of the Roy Hart Theatre company. He toured extensively with the company for over twenty years, and acted as a “gerant” of the troupe for a four-year period before moving to Ireland in 1993, where he was a member of faculty at the School of Drama, Trinity College. In Ireland he collaborated with a large number of theatre, dance and musical groups,as well as regularly contributing to programs at University College Dublin and University College Cork. He has been a guest facilitator at the Abbey (National Theatre of Ireland), The International Workshop Festival(London), The Lir, National Academy of Dramatic Art, (Ireland), and CIRA, (Strasbourg). In 2001 he was awarded an MA in Voice Studies from the Royal Central School of Speech and Drama.

On his return to France in 2002 Kevin was appointed Lecturer at the Université d’Artois before joining the Accademia dell’Arte in Arezzo, Italy as a founding member of faculty. From 2009-2016 he directed the MFA in Physical Theatre at the Accademia. Directorial credits include “Wolf’s Bride “ for Kuopio City Theatre (Finland), “The Bacchae” and “Oedipus” for the Samuel Beckett Centre (Dublin) and “Bartholomew Fair” for the Baker Theatre (Muhlenberg College, United States). He wrote and recently performed “Montee” in collaboration with Caroline Boersma, Cellist, with performances in the US, Italy and France. 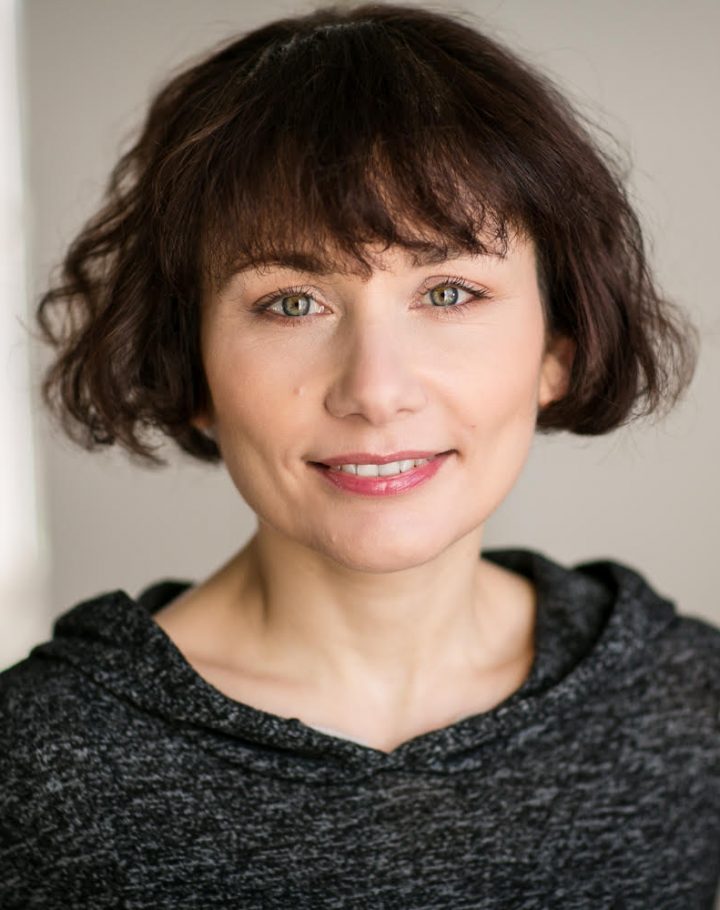 Chiara D’Anna is an Italian actor, director, lecturer and Commedia dell’Arte specialist. She teaches Movement on the MA Theatre Lab at RADA and works as Associate Lecturer at E15 Acting School, Goldsmiths University and Rose Bruford College in London. Chiara holds a BSc and MSc in Geology from the University of Turin, an MA in Physical Theatre from Royal Holloway University and a PhD in Performing Arts from London Metropolitan University. Her practice-led research on the legacy of Commedia dell’Arte in Post-Dramatic Theatre focusses on the centrality of the actor in devised performance. Chiara is co-founder of Natural You Dance, a movement meditation practice that draws on Yoga, dance, physical theatre and meditation. As Associate Artist of Alison Hodge’s research group ‘The Quick & the Dead’, she worked for over eight years in developing a new methodology for Actor Training known as the ‘Core Training’. The outcome of this research was documented by Peter Hulton for the Exeter Arts Archives and published by Routledge in the DVD-pamphlet: ‘Core Training For the Relational Actor’ (2013). As founding member and artistic director of the award-winning physical theatre company Panta Rei Theatre, Chiara’s mission is to inspire, challenge and entertain audiences with humour, irony and powerful imagery. Her productions integrate physical theatre, dark surreal comedy, storytelling and political satire. As a screen actress she is best known for her collaboration with writer and director Peter Strickland in Berberian Sound Studio and The Duke of Burgundy. 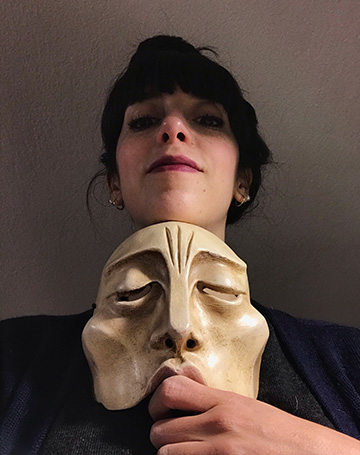 She studied at the Art School and then she got a degree in Archeology in Padua, Italy.

Since she was a child she has been loving theater and dance, that she practiced for fifteen years.

Through her first dance teacher she met the mask maker Donato Sartori, who suddenly became her master. After the Academic Studies she attended Sartori’s leather mask construction school and embarked on an apprenticeship at a mask lab in Milan. After two years, she was ready to start her professional activity as a mask maker. She is in constant search for shapes, materials and colors, working with the classic leather, the crazy latex, the fabric -with which she makes masks and wigs- and her beloved Worbla, a thermoplastic material on which she is experimenting new shapes and crafts. Sometimes she likes to explore the construction of simple mechanical puppets and wigs. 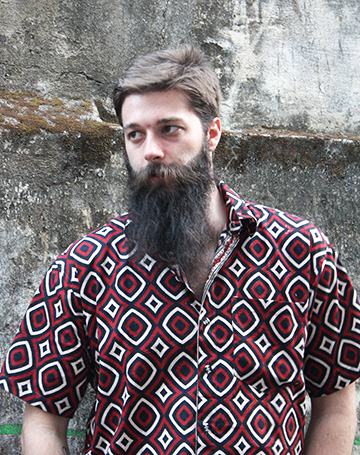 Samuel Angus McGehee 1987, originally from Boston, grew up in Tuscany where from a young age was engaged in music, street circus and philosophy. Sam studied clarinet performance with Igor Begelman and philosophy with Marina Vitkin at Sarah Lawrence College NYC. He also studied sitar with Rajesh Shah and philosophy with Shashank Srivastava at Benaras Hindu University in Varanasi, India. Sam holds an MFA in physical theatre from the Accademia dell’Arte in Arezzo, Italy. Sam’s interdisciplinary approach has brought him to collaborate with a variety of people including painters, dancers, poets, musicians, actors, and researchers. So far Samuel has performed in Italy, Germany, Greece, Czech Republic, Slovakia, Poland, Romania, Switzerland and India; he has also taught in many of these places. Sam was original member of experimental rock band Sycamore Age (IT), and was member of physical theatre company Divadlo Continuo (CZ). He is founder of Broken Jump Theatre and experimental duo Zvukulàska; he also lectures on Indian philosophy at Florence University of the Arts. Sam continues to pursue a variety of collaborations with other artists; he is interested in poetry, composed theatre, experimental music and movement. Samuel has also always remained for better or worse a devout student of metaphysics. 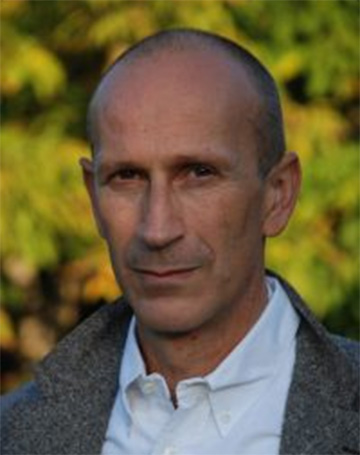 Giorgio Rossi co-founded Sosta Palmizi in 1984, an association under which, in 30 years, have worked more than 400 dancers and performers. More than 30 productions, which have exceeded 1500 replicas, he has traveled around the world, thanks to the universality of the poetic art of movement. 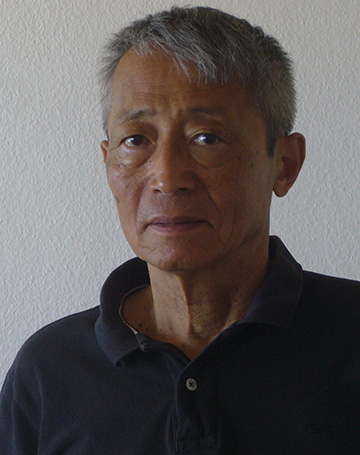 Mitsuru Sasaki was born in Japan in 1944. In 1965 he studied Ballet under Hironobu Oikawa and Midori Takato, and Butho with Kazuo Ohno. In 1980, Mitsuru joined Folkwang Tanzstudio, a graduate program at Folkwang University in Germany, as a dancer and choreographer. Founded by Kurt Jooss, this program was also home to other dance moguls such as Pina Bausch, Reinhild Hoffmann, and Susanne Linke. Mitsuru studied modern dance with Hans Züllig, ballet with Brian Bertscher, and modern technique with Jean Cebron at Folkwang University. In 1988, he founded SASAKI Dance Co. Since 2005 he has been responsible for the contemporary Butoh class at the Accademia dell’Arte. 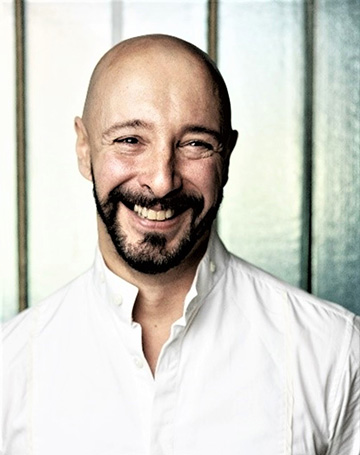 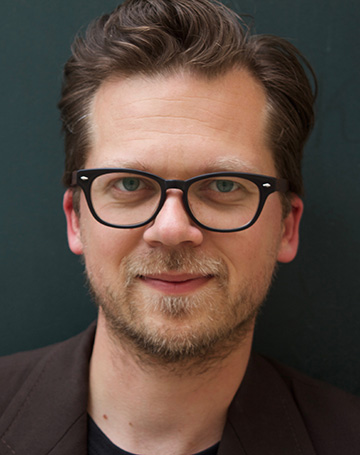 Sašo Vollmaier is a pianist, composer, performer and teacher. He graduated from the Academy of Music in Ljubljana (Slovenia) in 2008 – professor of piano. In 2005 he met PanTheatre (France). He joined the Slovenian avant-garde music group Laibach in 2007 – 2013 as a keyboard player. In 2013 he moved to France where he meets Viviane Gay, an actress with whom he started developing his presence on the stage as a performer trough his voice, movement and music. The voice work brought him to Malérargues (France) again where he started to give classes, collaborating with other voice teachers and giving the concerts and performances. In the same year he begins to direct the performance called “Generation”. This project allows him to meet the Roy Hart Theatre in terms of the power of the presence, fragility, expression, authenticity, curiosity…

Vollmaier teaches musical aspects, encourages the students to invent their own language, working on presence, voice and movement. In 2014 he started to collaborate with Susanne Weins – performance artist, giving the voice/movement workshops in Düsseldorf and creating their own theatre productions (Bewegte Oktaven, Fragile Breath, Melancholia,…) most of them directed by Sabine Seume. He works as a voice teacher mainly in France, Germany, Italy and Brazil. 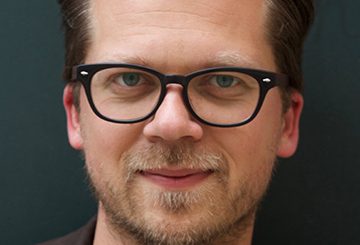