Support Us
APPLY NOW
UndergraduateSummer Intensives
COVID-19 Status: The Accademia dell'Arte suspended all spring semester programs and activities. We plan to reopen the school on June 1 to begin preparing for Summer Programs, which at present are confirmed as scheduled. For questions, please email: info@dellarte.it.
Home » Undergraduate Programs » Staff

Anuschka Sophie Jaenicke holds a degree in Law from the University of Florence. After graduation she moved to Berlin where she started working as a manager in the educational field. Since then she has worked for organizations such as Campus Ruetli, Stiftung Zukunft Berlin and the Goethe-Institut in Turin. On top of this she deepened her education studying Business Development at Luiss Guido Carli where she completed the Executive Program Master in Sviluppo Manageriale focusing on Financial Planning, Marketing and Human Resources.

Anuschka also loves to do yoga and leads weekly meditation sessions in Arezzo. She is perfectly fluent in Italian, English and German. 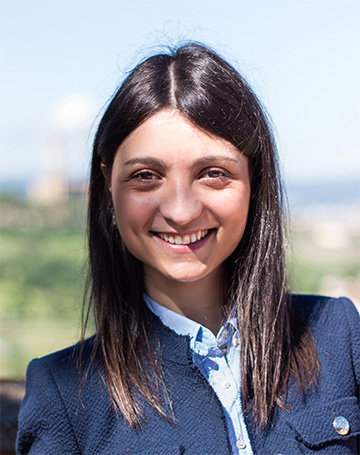 Francesca Barbini was born in Arezzo in 1986. She holds a degree in Law from the University of Florence; the focus of her thesis work was in labor law, specifically the laws governing apprenticeships. For 18 months she worked for law firms around Arezzo as a forensic trainee and completed the bar exam. She worked in an accounting office in Arezzo learning to prepare financial documents and draft worker contracts.

Francesca assists the Executive Director serving as the reference point for technical and administrative issues as well as for legal and safety requirements. She is passionate about photography and sometimes she photographs the ADA performances. 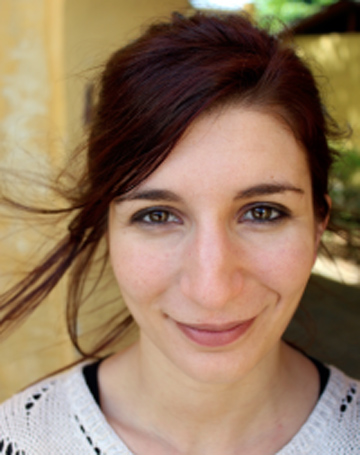 Maria Cerbasi was born in Torre del Greco, Naples, in 1988. She graduated with a degree in Economics from the Università Tor Vergata in Rome. The focus of her thesis work was in fair trade and developing countries. During her studies she worked in many different administrative jobs. After receiving her degree, she volunteered for the Servizio Civile Nazionale taking part in a fair trade project with Oxfam. She also collaborated with an independent online newspaper, Die Brüche, for which she wrote several political and economic articles.

Maria began working with the Accademia as the Administrative Assistant in 2012. Besides her administrative work, she photographs many of the performances. Out of her deep love for the environment, Maria develops ways to implement recycling and energy saving programs at the Accademia. She is also a member of the CrisisART Festival Collective. 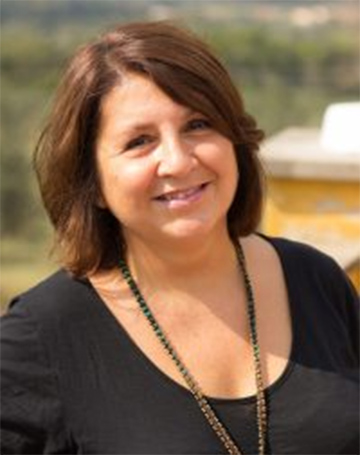 Going back to Italy, Monica taught the English language course ‘Translation Techniques from English into Italian, and Italian as a foreign language course for the University of Siena, Italy. 2000-2004. While teaching for the University of Siena she was serving as Assistant Director of the University of Rochester Italian Studies in Tuscany and taught Italian classes, cultural compendium courses and art history courses, 1998-2008. She also taught Italian classes, led Italian independent studies and gave a series of lectures on art history, Italian culture, history and literature for Texas A&M university Santa Chiara study center in Castiglion Fiorentino, Italy. 2000-2008.

Monica has worked as Director of Student Services and Coordinator of the Italian Language Courses at the Accademia dell’Arte since September 2008.

Director of Admissions and Student Services

As Director of Communications and Recruiting, Bob Shryock directs and manages all marketing and US recruiting for the Accademia dell’Arte. Previously, he was a creative producer and project manager in the advertising industry.

A graduate of the Accademia’s first MFA in Physical Theatre cohort, Bob is also a professional theatre artist based in the San Francisco Bay Area, where he works as an actor-creator, director, movement director, teaching artist, and producer.

Previously based in New York City, he was the Associate Artistic Director of Off-Broadway theatre company, Ripple Effect Artists, and the Director of Training (and hospital clown) for Lev Leytzan, a professional hospital clown organization. He regularly works with Bay Area Children’s Theatre, plus Zany Umbrella Circus, South Brooklyn Shakespeare, and Ripple Effect Artists. Bob is a member of Theatre Bay Area, Theatre Resources Unlimited and the Southeastern Theatre Conference.

In addition to an MFA in Physical Theatre from the Accademia dell’Arte, Bob holds undergraduate degrees in Biology and Theatre from Western Kentucky University.

Director of Communications and Recruitment